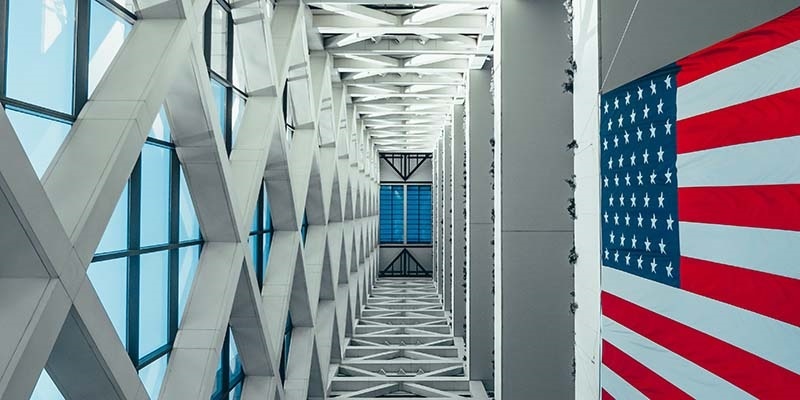 Over the past month, news headlines have produced confusion about the correlation between the stock market and the economy. Many Americans are questioning whether the market has separated itself from reality or if it is ignoring altogether the economic injury caused by COVID-19. Nothing illustrates this more perfectly than a screenshot from the television show Mad Money, which showed “THE DOW’S BEST WEEK SINCE 1938” in the background and “MORE THAN 16M AMERICANS HAVE LOST JOBS IN 3 WEEKS” on screen at the same time. Are you wondering, ‘What is going on?’ If so, you’re not alone.

Following a dismal first quarter of 2020 in which the S&P 500 was down 21.08% year-to-date – and down over 36% from all-time highs in February – we saw some startling economic figures:

Have the markets gone blind? Are investors forgetting that millions of people are out of a job and thousands of small businesses have shuttered, some to never open again? If you’re one of the many Americans pondering those questions, here are some points to consider.

The stock market is complex and unpredictable, especially in times of uncertainty. During World War I and II the Dow was up a combined 115%! Those years must have felt more uncertain than today, yet the market appeared to have moved with great certainty. Economic data show some correlation with market returns, but they’re not always accurate predictors of each other. In fact, since 1930, we’ve had 18 years of negative GDP growth and in 12 of those 18 years, the S&P 500 had a positive return. The average return in those years was 32.5%!

In reality, the markets might actually be accounting for the economic pain. As of May 3, only 73 of the 505 companies in the S&P 500 had positive year-to-date growth. 150 companies were down over 30% for the year – with 35 of them down more than 50%! The construction of our major indices often are weighted by the size of the company compared to others. For example, the 10 largest companies in the S&P 500 make up about 26% of the total weighting. If these large companies perform well, they vastly outweigh the under-performance of the market as a whole. On May 3, only three of the top 10 positions had a positive year-to-date return, but the weighted return of those 10 positions outweighed the cumulative loss of the 20 worst-performing stocks in the index. 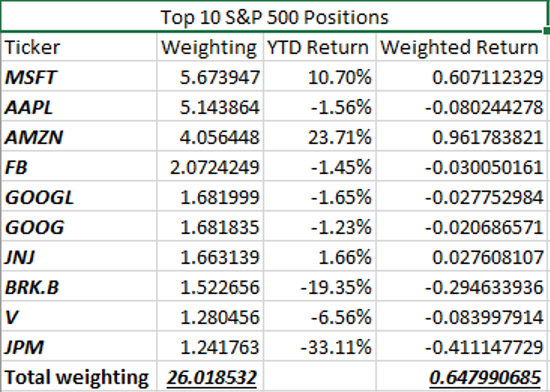 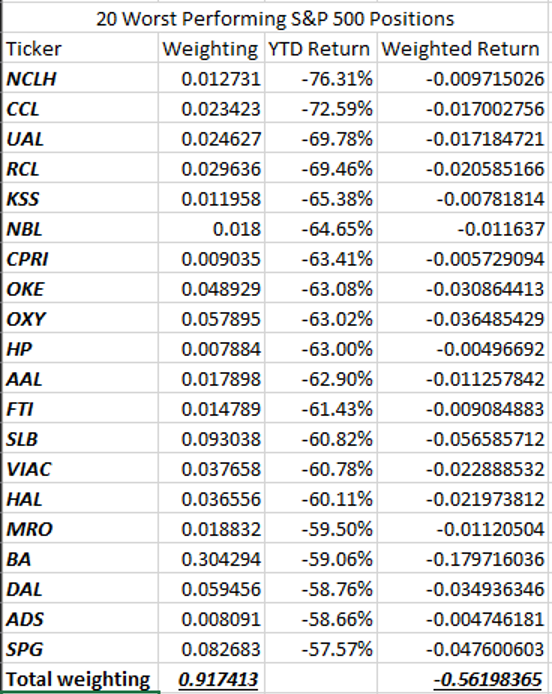 April 2020 was an unusual month – to put it mildly – and there are more influencing factors than can sufficiently be covered in this piece. However, the situation prompts some important discussions:

Despite a confusing first four months of 2020, knowing your long-term goals, having a comprehensive financial plan, and working with a knowledgeable advisor should provide the clarity and confidence you need to weather whatever comes next. As advisors, our objectives are to answer your financial questions, alleviate fears, provide context, and keep you on track for the future we planned for together. But as friends, our top priorities are your health and safety. Stay home, and stay well.